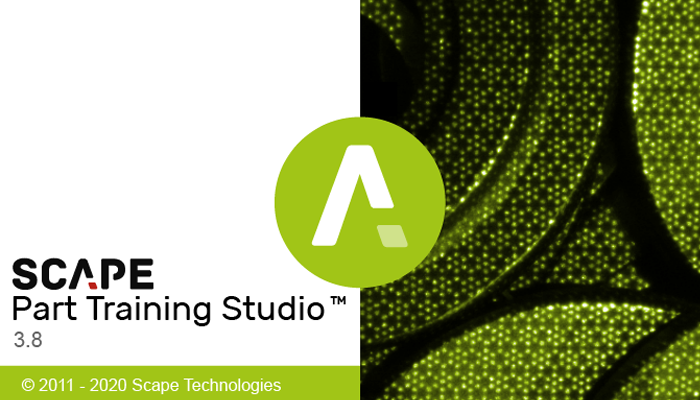 Scape Technologies now makes it much easier to set up robots to solve advanced Bin-Picking tasks. No more complex programming, but instead graphical, intuitive operation of the SCAPE Bin-Picker System. The new design principle that Scape has launched in its brand-new Bin-Picking software will cut down equipment downtime and operation time consumption significantly.

First, Scape Technologies removed the barriers to getting robots to accurately grab and reliably handle parts with its unique Bin-Picking algorithms, regardless of material and design. Now Scape has significantly minimized the time and resources they tend to spend on setting up Bin-Picking solutions. The company has visited its customers around the world and gained deep insight into how user-friendliness can be boosted for users with a wider variety of skills and educational backgrounds.

“We have a lot to do with our customers and who are using the SCAPE Bin-Picker Software. The production is differently organized for each one. Therefore, we strive to make it as simple and manageable as possible for all kind people that use the SCAPE Bin-Picker Software. Our customers want to be independent and handle everything, once they have got the SCAPE Bin-Picking Solution installed. And this is fully in line with what we are aiming for at Scape. Primarily, we want to be a software vendor, empowering costumers themselves to easily operate the SCAPE Bin-Picker Software in a user-friendly interface. Often, weeks or months go by before operators need to train the Bin-Picking solution to pick up new types of parts, and then operators forget what they learned and did previously. Therefore, the user-friendliness and ease of use needed to be optimized, so the changeovers go faster and do not cause much downtime”, says CTO and founder of Scape Technologies, Rene Dencker.

Scape makes a profound make-over of the user experience with its new software, which is launched sequentially over the next six months. In fact, Scape invests the majority of all its development resources on this project.

“In China, usability is paramount to success. China is the whole catalyst for this development. The level of education in China is significantly lower than in Europe and we can’t expect a Bin-Picking operator in China to do the same as an operator elsewhere in the world”, Rene Dencker has learned.

Scape is working towards guiding the users through the interface with a more intuitive menu flow and modern design. One of the first clear improvements is the recognition of parts when the Bin-Picking Solution needs to be trained and programmed for picking a new type of part. It will be done graphically, intuitively and semi-automatic, so the software behind the simple user interface intelligently calculates a lot of the slightly cumbersome settings and parameters for the user.

Rene Dencker gives an example:
“When you need to teach the Bin-Picking Solution and program it for picking a new part from a pallet or a box, you previously needed to:
•    Determine the size of the part to be picked
•    Define how to divide the pallet or the box into zones
•    Decide how and where to take images in the box zones for recognition of the part.

Now the SCAPE Bin-Picker Solution can calculate the slightly cumbersome settings and parameters for the operator based on the 3D models of the parts to be picked.”

Scape also supports the import of more standard CAD model formats, so the user gets rid of the hassle of converting or requesting other file types.

Scape has also solved the hurdle in defining the optimal way to grip parts from a box.  It can be defined in thousands of ways. Now you can ask the system to define the best possible way to grip the individual parts with a suction cup. The part training gripping process becomes much easier and faster for the user.

Significant simulation improvements in the SCAPE Bin-Picker Software will be available in the coming months. Already now, many things can be simulated in the software, - like the lane planning for the robot on the way down the box and out again. However, the capabilities were significantly expanded to simulate more and more before you start working with a robot. This saves a lot of time. Right now, it is possible to simulate the entire calibration process of the various 3D vision sensors before starting the robot. This prevents discovering calibration and reliability problems long after setting up the solution.

The new SCAPE software is always backward-compatible. It’s always possible to update to new software version without having problems with its existing Bin-Picking installation.

Here is an example of an automated calculation of parameters. Before, the setup of zones and positions for image recordings required a lot of knowledge and setting of parameters (shown in rede squares):

In the latest version of the software, this is reduced to one value, shown in the red circle. In fact, this value is also automatically calculated by two out of the three 3D Vision sensors that Scape provides:

Note that the graphics are significantly improved with a completely new underlying 3D graphic engine.