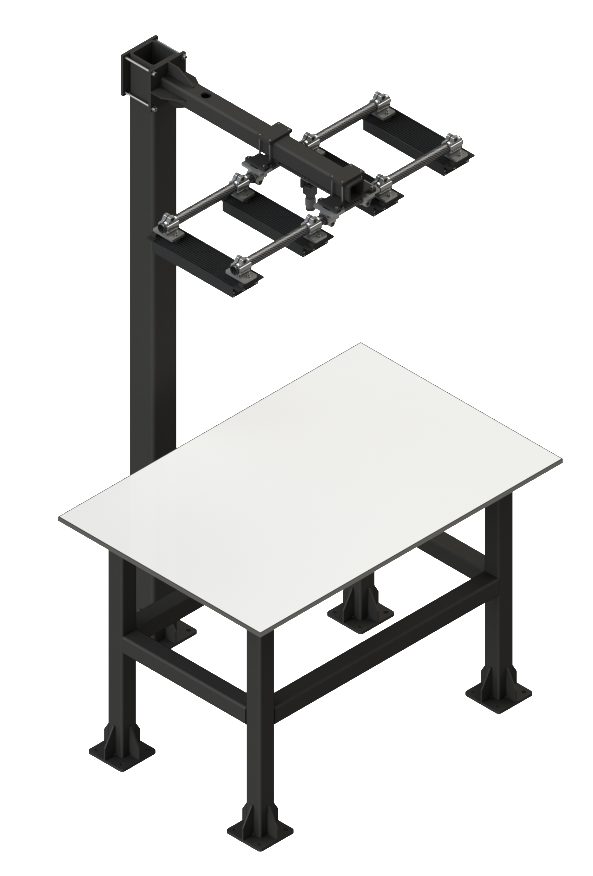 The gripped part from the bin is placed on a table (called a SCAPE Handling Station).

Either the SCAPE Grid Scanner (OP13) mounted on a robot or a stationary camera and lamps (SL13) positioned over the table, is used to 3D recognize the part position and re-grip it with high precision. The SCAPE 3D Orientation Control™ (OP11) includes detection of entangled and overlapping parts.

This gives the following advantages:

During bin-picking there is always a small risk that two parts are gripped at the same time.
The software detects if there is more than one part on the table.

If this is the case, the SCAPE Handling Station can reject the parts with a tilt mechanism and throw them back into the bin or a separate box.

The SCAPE Bin-Picking Solution consists of standard modules. This means that it can be scaled and combined in different ways to a complete and flexible solution. No tailormade programming is needed, as we use one main SCAPE Software Suite for all choices of modules.

The SCAPE Bin-Picking solution is applicable for all types of parts and used across robot brands with 6 axis arm.