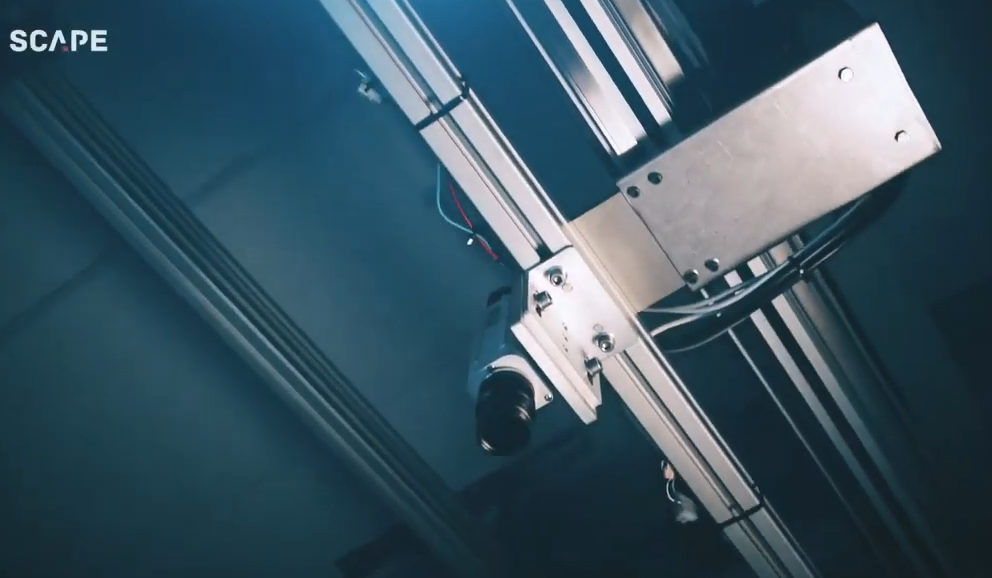 Overview of Fast and Reliable Recognition of parts

Among the bottlenecks of bin-picking is establishing reliable recognition of the randomly piled parts in the bin. By ‘recognition’ we sometimes mean classification and pose estimation of objects, sometimes pose estimation only. In fact, the name SCAPE is an acronym for Smart Classifier And Pose Estimator. However, most SCAPE cells handle only one type of parts, and so the presence of other part types than trained occurs very rarely. In other words, the recognition is normally limited to pose estimation.

In this document, we first describe the 3D scanners supplied by Scape Technologies (Sec. 2). Then we list a few cases (Sec. 3-6) where SCAPE Technologies has encountered performance problems. They have needed or will need cumbersome development.

The following 3 scanner types are supplied by Scape Technologies:

3. Challenges with parts having a single plane surface facing upwards

With a limited spatial resolution such as that of the SCAPE Grid Scanner, the pose estimation of parts with only one planar surface facing the scanner is often uncertain. SCAPE Bin-Picking solutions using a SCAPE Grid Scanner sometimes operate with so-called sensor fusion. Here the poses derived from the point cloud from the 3D scanner are compared with the contours derived from a 2D image of the same scene. The scanner-derived poses which do not contain the correct 2D contours are filtered out. An example is shown in Fig. 4.

Fig. 4 – Left: Image used for the 3D scanning. Right: a 2D image of the scene illumined by a ring light, acquired by the same camera as used by the SCAPE Grid Scanner.

When a bin is almost empty, the bin bottom point cloud should not be misinterpreted as belonging to parts. This sometimes becomes difficult when the parts are thin and flat, such as in the case of non-machined sheet metal parts. The distinction between parts and bin bottom becomes particularly difficult if the bin bottom is not planar and has an uncertain position in the global frame. Scape Technologies has developed sophisticated algorithms enabling the distinction between bin bottom and part.

There is always a risk that a ‘wrong´ part is lying in the bin. ‘Wrong’ means that a part has a size and shape different from that of the ordinary part. Such wrong parts should never be fed into automated processing. It happens that such a wrong part is recognized as an ordinary part, picked up and transferred to the SCAPE Orientation Control. The core recognition used in SCAPE Orientation Control may – in rare cases – also let the wrong part pass. This risk is high if the handled part has two versions, which are mirror symmetry to each other.   Scape Technologies has developed an artificial- intelligence-based method for avoiding the wrong parts to be fed into the automated work cell. The run-in of this system requires recognition images of both correct and wrong parts.

Reflections from the shiny part often give rise to misinterpreted scanning results. The point cloud will contain surfaces of ghost objects (local wrong depth in the point cloud) which confuse the collision avoidance system. This problem is particularly pronounced with SCAPE Sliding Scanner and SCAPE Stationary Scanner. Scape Technologies has developed an algorithm for filtering certain outlier patterns from the point cloud arising from such reflections. However, the algorithm is not able to handle all cases.

In the case of SCAPE Grid Scanner, the reflections from shiny parts are not serious as seen from Fig. 5. Here scanning points near high lights are not detected properly, but as long as the high light has limited extend, the recognition works well. 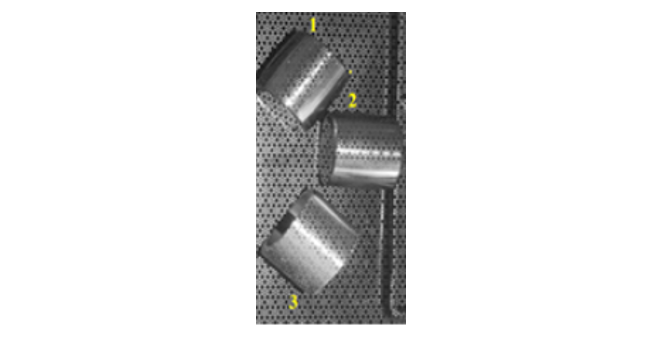