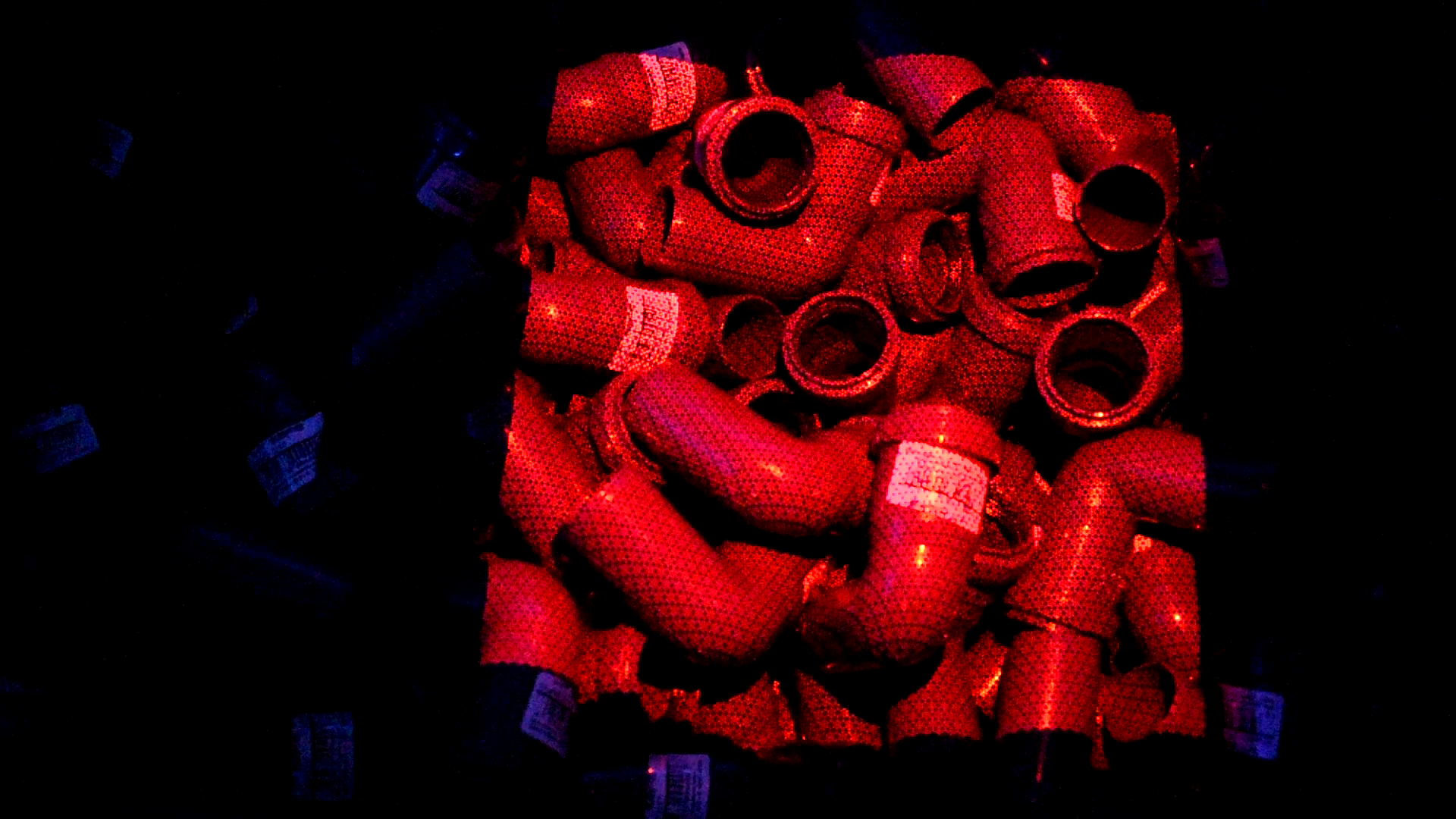 Overview of bottlenecks in bin-picking

Content
Steps in the bin-picking and the orientation control

Other challenges on the road to feasible solutions

Introduction
A commonly encountered handling task in industry is to pick parts piled randomly in a bin and to place each picked part in a precise position somewhere in an automated work cell, i. e. a manufacturing machine, a fixture, an assembly system or the like. It is estimated that in the US, one third of the manufacturing labor force moves parts manually from bins and to structured positions in automated work cells. 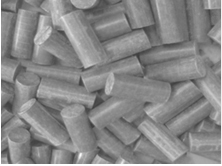 Bin-picking in industry has been automated very slowly during the last 30 years – compared with other handling processes such as welding, spray painting, stacking and assembly by blind robots, etc. In this article and the later articles to come, it will be clear to the reader why the automation of bin-picking has been slow. It will be understood that bin-picking is a very complex process with severe technical bottle necks, particularly if both the bin-picking and the subsequent orientation control is involved.

This first article is a birds’ eye view on the challenges of bin-picking and orientation control.

Steps in the bin-picking and orientation control

1. Recognition and pose estimation of one or more parts in the bin

The most effective way of recognizing the parts in a bin is 3D scanning. Scape Technologies uses two different types of scanners: a) a stationary scanner mounted above the bin or b) a robot mounted scanner. Any of these scanners have - as primary output - a point cloud, i.e. a list of 3D points corresponding to surface points in the scene.

Such a point cloud contains 30.000-900.000 points. In the recognition process, the point cloud and the shape of the part (defined by a CAD file) are fitted together, thereby determining the pose (position and orientation) of one or more parts. Bottlenecks here are: Are the sensors cheap enough? Is the spatial resolution sufficient?

Can the sensor stand an industrial environment? Can shiny parts be handled?  Are the scanning and recognition algorithms fast enough?

Fig. 2 – Scanner result from a tool mounted scanner. At left a 2D image of the scanning points in the scene. At right a perspective view of the resulting point cloud.

2. Choice of robot and gripper
In SCAPE cells the end effector is usually a so-called tool unit. Such a tool unit may have up to five grippers. The robot should be large enough to carry the tool unit, the gripper(s) and the part.

If the parts have large enough planar surface regions and are not too heavy, the preferable gripper is a suction cup. Slightly more effective is a magnet (unless the part is nonmagnetic). If suction cups or magnets are not sufficient, then one must use two-finger grippers. In order to optimize weight and gripping force two-finger grippers in SCAPE cells are pneumatically driven.

In case of more than one gripper on the tool unit, it is necessary to mount each gripper on a linear guide which is mounted on the tool unit. This allows the active gripper to be moved down, thereby avoiding unused grippers to collide with the bin content. 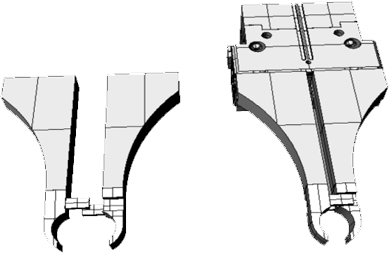 Fig. 3 – A typical two finger gripper for round objects. At left, the fingers are shown in open state. At right the pneumatic actuator is included. Note the structure for preventing grips of two objects at a time.

3. Moving the gripper - without collisions - to the part and making a firm grip

Scape Technologies has developed a grip manager. This software contains a part specific list of grips (i.e. part positions in the coordinate system of the gripper), see Fig. 4, right. When a part is recognized, it is determined which grips in this list can be realized without collisions between the robot end effector and other parts of the system (bin walls, bin bottom, neighbor parts etc.). This collision check demands full knowledge of 1) the geometry of the end effector during the planned robot motions, 2) bin walls and bottom, 3) neighbor parts, 4) other potential obstacles. Finally, one of the allowed grips is realized, and the gripper is activated.

4. Change from an unprecise to a precise grip, orientation control

This task can be very complex. The problem is that - initially - the part pose in the gripper is not always known with high enough precision, and so normally the part cannot be placed without a regrip. SCAPE cells use the following orientation control methods:

a)  An intermediate self-aligning fixture: The most simple and fastest orientation control is an inclined box corner used in case of cylindrical objects. Here the part pose in the gripper frame is approximately known.  The part is dropped from a low height above the box corner. It will (hopefully) land in a position with well-known pose from which it is regripped, see Fig. 5. Instead of a box corner one may use other forms of self-aligning intermediate fixtures.

b) Handling station: This is the most generic method of orientation control. The robot drops the part on a plane table above which is mounted a simple (2D) camera, see Fig.6. During run-in, so-called support modes, i.e. possible resting positions of parts lying on a planar table, have been defined for the part in a virtual environment. This information and the camera image define the part pose with high precision.

Fig. 5 – Box corner type intermediate fixture for round objects, shown without (left) and with (right) a part 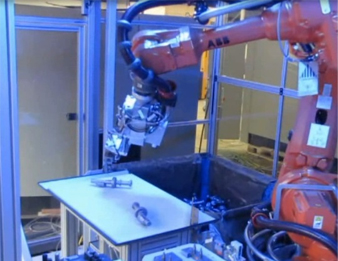 Other challenges on the road to feasible solutions

There are many other bumps on the road to sufficiently effective and feasible bin-picking solutions. In this section we briefly describe the most important additional bottle necks.

The minimum cycle time thereby depends only on how fast the robot can move. In some portions of the robot cycle, the risk of dropping the part may give severe acceleration limitations.

Frequently, the end users require so short cycle times, that more than on robot must be active. An often installed configuration in this case includes a bin picking robot and a line feeder robot. The line feeder robot performs the precision grip at the handling station, and places the part in the final place position.

2. How to handle mixed symmetries?
The part in Fig. 7 has six-fold rotation symmetry, if the logo at right is not detected. If the 6 holes are not clearly detected, the part has full rotation symmetry. If the logo is resolved, the part has no symmetry.  In other words, the part symmetry depends on the recognition precision.  The primary recognition is often insufficient for revealing details like the logo in Fig. 7. 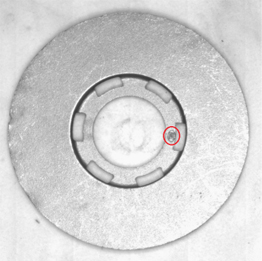 Fig.7 – A part with mixed symmetry. The logo is inside the red ellipse.

3. How to develop generic software tools for run-in of new parts?

In order to make these steps easy, Scape Technologies has developed tools and tutorials, so that partners can perform these run-in steps with little or no assistance.